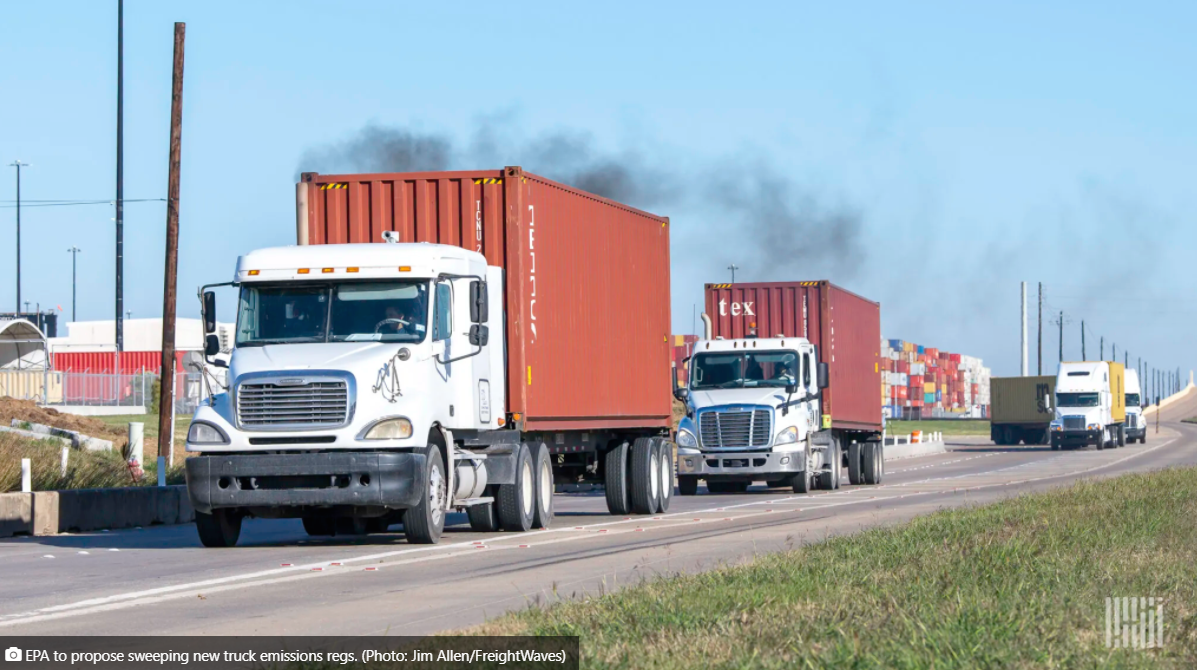 The Biden administration will soon propose a regulation aimed at cutting nitrogen oxide (NOx) emissions from heavy-duty trucks. It would be the first such regulation since 2001.

The Environmental Protection Agency “is working on a proposed rule to reduce pollution from heavy-duty vehicles and engines that would significantly cut NOx emissions and update [greenhouse gas] standards for certain categories,” EPA spokesman Rick Conger stated in an email to FreightWaves. “These standards, currently subject to interagency review, will be rooted in the latest science and the law.”

Separately, Conger noted, EPA is working to finalize a decision that would restore a California waiver — which had been revoked under the Trump administration — that allows the state to set its own more restrictive emissions standards.

Conger did not confirm reports that EPA’s new NOx regulation will be based on California’s Advanced Clean Truck Regulations, which will affect decisions on buying new trucks beginning with the 2024 model year. A certain percentage of those trucks will need to meet the definitions of zero-emission vehicle (ZEVs).

California’s definition of ZEVs is largely battery-powered vehicles, with a small opening for hydrogen-powered fuel cells. The Biden administration recently announced $5 billion in program funds for states to begin installing electric vehicle charging stations. A portion of that could potentially be reserved for commercial truck operations.

OEMs “will have to figure out how to adjust — the big cost is figuring out the technology to get to the reduction goals,” Brett Marston, who specializes in environmental risks to businesses at the law firm Wiley Rein, told FreightWaves.